Sonic and the Black Knight Original Soundtrack:: Review by SetnaroAlbum Title:Record Label:WavemasterCatalog No.:WWCE-31198Release Date:April 8, 2009Purchase:OverviewTales of Knighthood is the second album representation for Sonic's second storybook adventure, Sonic and the Black Knight. The soundtrack for Black Knight brings the return of Jun Senoue as the musical director, along with several key composers who are no strangers to the Sonic series. Richard Jacques, who previously worked on SEGA soundtracks such as Sonic R, Sonic Chronicles, and Jet Grind Radio, makes his mark on the album. As does Howard Drossin, who previously provided tunes for Sonic the Hedgehog 3 and Comix Zone in the Genesis era.

Tommy Tallarico, who is responsible for countless video game soundtracks such as the fan favorites Earthworm Jim, makes his Sonic soundtrack debut for this album as well. An elaborate music team indeed, and with 68 themes making up the entire two disc album, is it enough to love this soundtrack? Let's read on. BodySince Black Knight takes Sonic to the world of King Arthur, the musical approach more or less follows the feeling of the swordsman and his Celtic adventure. On one side, the music strives on the true feeling of adventurous orchestra, but on another, it's either combined with electric guitar, or it goes completely about face in total favor for hard rock. This of course depends on who is composing what. What makes the soundtrack very interesting is that not only do we have various composers arranging and programming their own music, but also work in collaboration with Jun Senoue for selected tracks.

Each artist has their own distinct style, and when combined with Jun Senoue's own arrangement, it makes for various unique points. Because of this, fans who appreciated Jun Senoue's past work, with a lot of emphasis on his performances outside Crush 40 such as Sonic Heroes and Shadow the Hedgehog, will have no trouble sitting down and pulling out a song they can claim to be very memorable.Let's go over a few selected stage themes.

'Camelot Castle' is a stage track written by Jun Senoue alone. It takes a rather interesting military and espionage approach.

The drums play a very important role by following a military inspired drumline, as the rhythm guitar plays a hardcore riff, with support by a soft and almost whimsical xylophone melody, with harmonic violins pushing for that espionage action scenery. 'Deep Woods' is a solo contribution by Yutaka Minobe. It is a long, peaceful and tranquil string melody with a slow yet powerful jungle drum beat, with a wonderful flute performance covering the rest of the melody. It gives off the feeling not only of a forest and a jungle, but it also fills an ambience that gives it the presence of a heavy rainstorm. Definitely one of Yutaka's best solo works.' Titanic Plain' sees the arrangement between Jun and Yutaka. 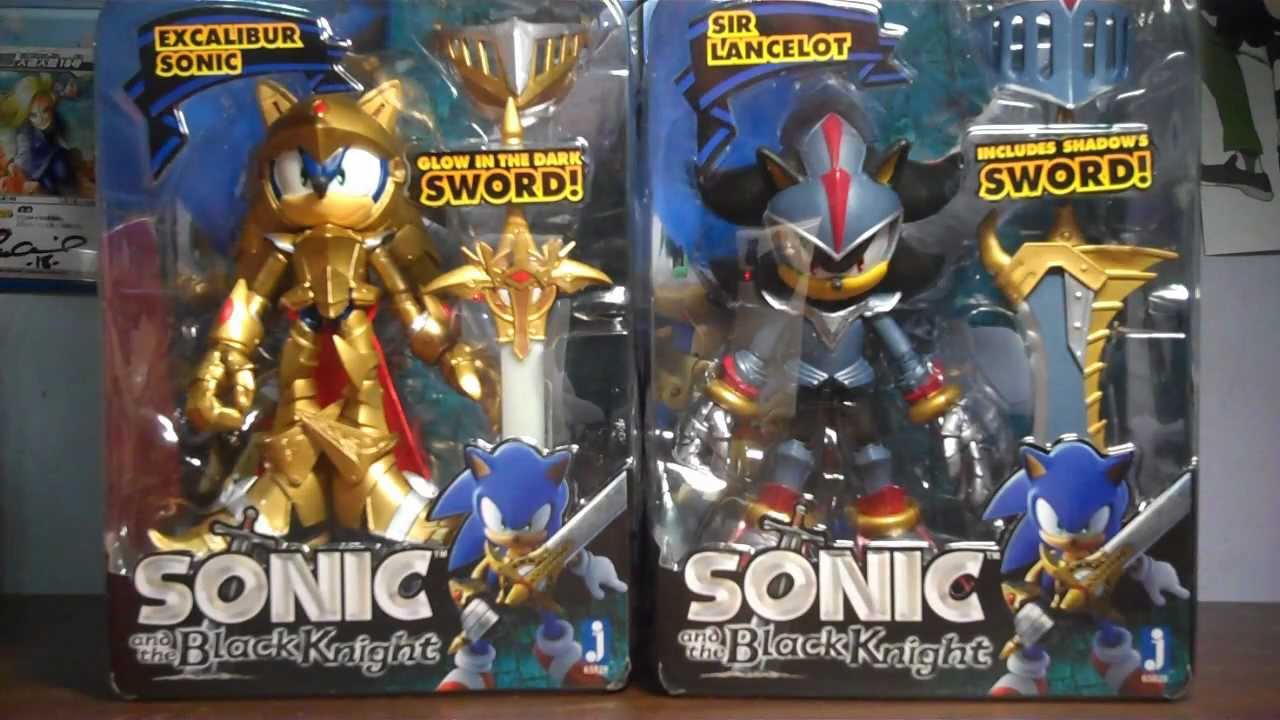 Not very hardcore, and not too mellow, the entire theme sees a nice flute performance taking on the lead with the rhythm guitar playing a set of strong chords. I absolutely love the bass performance; it is very funky and intriguing and very reminiscent to some of the earlier works of Jun Senoue. 'Molten Mine' is a collaboration by Tommy Tallarico and Jun Senoue. It starts off with a nice duel guitar lead, and when the rhythm guitar and charming orchestral presentation begins to establish the feel of the piece, an incredible acoustic guitar performance begins to take the role. What sounds like a heavy inspiration borrowed from a lot of Spanish guitar tunes, the acoustic guitar that plays out throughout this theme is very mesmerizing, especially when the rhythm guitars and the orchestra disappears so that the acoustic guitar can have its own moment. An elaborate and wonderful performance, this easily places 'Molten Mine' as one of my top favorite tunes.Howard Drossin's 'Dragon's Lair' features a very cool guitar riff that remains prominent from the beginning to the end of this theme.

It's fierce and powerful, and is backed up by dueling lead guitars and violins playing the same line. The drums also add to the fierce next the rhythm guitar.

It's a very action-packed inspiration theme and perhaps a little too hardcore such that sometimes I forget it's supposed to represent Sonic. Nonetheless, 'Dragon's Lair' is an incredible track provided by Howard. 'Misty Lake' is another collaboration between Jun and Yutaka. It's a very calming and mellow track, as the violin plays the same melody from 'Knight of the Wind', while the drums play a pretty nice performance with the constant crashing of the cymbals and quick percussions.

It doesn't entirely do some justice in homage to 'Knight of the Wind', but it gets the job done.Like the Sonic '06 soundtrack, there are a lot more event cues than there are stage themes. Thankfully, they don't drag out as long and some are actually pretty memorable to listen to. In fact, some of the events establish a theme song for the supporting characters in the game. For example, Blaze gets her own theme in the form of 'Sir Percival. Knight of the Grail'. A short fast-paced acoustic guitar performance not unlike the performance heard in 'Molten Mine', it does a great job setting the feeling to duel Blaze. Tails also gets his own theme, 'Blacksmith', which is actually an acoustic guitar and violin cover performance of Tails' original theme song 'Believe in Myself', which was heard back in Sonic Adventure.The only thing I wasn't too fond of was the choice of using a direct rip of Knuckles and Shadow's theme songs that were heard for said characters in Sonic Adventure and Sonic Adventure 2.

Rather than remixing or covering the themes, Knuckles' theme 'Unknown from M.E.' And Shadow's theme 'Throw it All Away' just don't fit well with the rest of the soundtrack at all.

Perhaps it's supposed to be a throwback and nostalgia for the fans, but if that's the case, why did they took the time to cover Tails and Sonic's themes to fit the Celtic approach and not these guys are beyond me. The rips used for their themes are instrumentals and last a pretty short time, so for those who already know the theme by heart, it's nothing too special.The rest of the events themes are short orchestra performances. One of my favorites would have to be 'Black Sword in the Sky', arranged by Richard Jacques. It is a very chilling and eerie orchestra, with the horns playing a powerful fanfare, giving the approach of a chase in action.

The vocalization heard throughout give it a menacing power, and as quickly as the song sets up the emotion, it's over in a flash. The themes used in the menus are worth mentioning too. I absolutely love 'World Map', the stage selection piece. Arranged by Jun and Yutaka once again, it is a very heroic fanfare orchestra combined with the rhythm guitars with a recurring funky bass that gives it all the more reason to just have a look around your selections.While the soundtrack has a very positive outcome in my view, there are a lot of themes around the album that I question.

I've already mentioned the re-use of the old character's theme songs, and how it doesn't properly fit well in the album. I was also very disappointed to see that my favorite composer, Tommy Tallarico, only managed to contribute three themes into this game, two of which were arranged with the help of Jun Senoue.

I already mentioned 'Molten Mine', which happens to be one of my favorite themes. The other one is 'The Cauldron'. It's a pretty nice action cue, and I love how the bass gets a lot more attention here.

It's elaborate and funky, and also features a pretty nice guitar duel with little rhythm guitars every now and then.The only track Tommy Tallarico is solely responsible for is 'Great Megalith'. To me, it feels like a much uninspired orchestra fanfare  it sort of sounds like a feeble attempt at mimicking the Metal Gear main theme. This by no means is a bad thing, but I've had high expectations for Tommy, especially after having a listen to one of his best soundtracks, the Earthworm Jim Anthology. I might've expected too much out of him, but still, three themes wasn't enough for me, and even then, only one track came out to be my favorite from him.There's even three bonus tracks present in the album. All three are just variations to the 'Knight of the Wind' main theme performed by Crush 40.

Two of them, the 'Original Version' and the 'TGS 2008' version, are pretty much the same, except one lasts longer than the other. As it states, it is the original performance for 'Knight of the Wind', and with all due respect, I feel the original one is much more superior to the final release.

The difference between one other is that the original one has a more focused and fierce rhythm guitar, whereas the final version has the guitar sounding as though a lot of treble was added to it, so it sounds completely off key to me once I completely compared both tracks.The third bonus track is 'Knight of the Wind -Acoustic Ver.-'. When I first read this, I was eager to listen to it. I was expecting a Crush 40 unplugged performance, but instead, I get an arrangement that goes completely about face. It's a very slow acoustic guitar performance, with the violin playing the familiar 'Knight of the Wind' melody and lyrics. There are no vocals present, and the performance itself just feels too depressing then what it should have ended up with. It's neither unique nor special since it drags itself too far.

There's also no drum performance whatsoever. For a bonus track, I was left unsatisfied.

I really would've wanted that unplugged version right about now. SummaryFor fans who loved previous soundtracks provided by Jun Senoue, this album will definitely fit well in their library.

Although there's a lot of nitpicks here and there, as well as a bit of missed opportunities for several track choices, performances, and overall, the composers themselves, Tales of Knighthood remains an average to a slightly above average soundtrack. Jun Senoue fans will definitely feel pleased, and to see Howard Drossin, Richard Jacques, and Tommy Tallarico working on this together definitely shows how far we've come to see Sonic soundtracks make a stand. Hopefully in future albums, we'll get to see these guys contribute even more, and hopefully flex out their talented works much more outside of that of the celtic world. Dragon ball online no download. In the end, Tales of Knighthood should only be purchased by the fans who really love Jun Senoue's work. Overall Score: 7/10.